You are here: Home / Voice Over Blog / Hiring Voiceovers / Female or Male Voice Over?

Female or Male Voice Over? 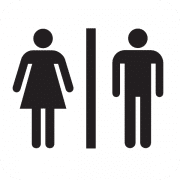 So, you need to hire a voice over artist! You’ve nailed down the idea and the script has been approved, just got to find the right voice over to bring it to life.

First thing to decide, do you go with a female or male voice over?

Female or Male Voice Over – does it REALLY matter?

The quick answer here is no! It’s entirely up to you, the client, as to which gender of voice over you go with. Having said that, if you pick the wrong sex, the audio may not impact with your audience as much as you’d hope! And, of course, you want your voiceover to by as impactful as possible.

Example of the wrong voiceover

Imagine a guy doing a commercial voiceover that’s about the latest must have lipstick (unless its male lipstick, Joey!)

Would the female audience really buy into that? Unlikely. The same response would also work if a girl voiced a commercial talking about power tools.

It’s unlikely that either pieces of audio would relate with their target audience, as sexiest as they may sound, but its true. And if the audio doesn’t relate, it wont cut through or be memorable. It could have the complete opposite result for your brand, and turn into a negative.

So, how do you decide? Is it as simple as things that appeal to men need a male voice over, and vice versa?

Female and Male Voice Over Perceptions

The above are two very extreme examples based. When it comes to how we perceive the female and male voices, men are generally associated with authoritative, factual information pieces. For example, the kind of voice you’d hear on an e-learning voice over project or explainer (instruction) video voice over. The female voice is perceived as being nurturing, more compassionate and gentle, which can work well with book narrations, radio commercials and IVR.

There is no hard and fast rule as to which gender is going to work best. It comes down to:

In case you hadn’t noticed, I’m a male voice over artist. And, whilst I can mould my voice to do many things, if you need to hire a female voice over, there ain’t nothing better than the real thing! I can highly recommend Lucy Ellis for all you female voice over needs. Like me, she records in a broadcast quality voice over studio and offers a quick turnaround.

If I can be of any help when it comes to deciding which voice over artist to hire, just drop me a line through the contact page.

Do You Require A Male Voice Over Artist?