Voice Over Showreel, how do you make it great? 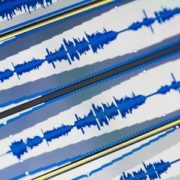 What makes the perfect voice over showreel?

Every voice over wants to know the answer to this question. Every voice over probably has their own idea of an answer! For me, I think this deserves the same answer as the question ‘how long is a piece of string?’ Below is my latest voice over showreel, check it out, tell me what you think…would you hire me from hearing it?

If you’d like to hire me after hearing that, phew, it worked 😉 contact me and lets talk….if you’re here to find out how to make a great voice over showreel, read on.

How long is a piece of string?

Voice over showreels are subjective. You could put together what you think is your best voice over work in the world, a mixture of everything you’ve done that you’re really, super proud of. Then a client/producer will listen to it, maybe just the first 10 seconds of your minute long masterpiece of a showreel, and think to themselves ‘yeah, its alright’ before moving onto the next showreel.

What was wrong with my voice over showreel?

But hang on, you slaved away over that voice over showreel for ages, it was brilliant, it deserved an award for being so good, why didn’t the producer like it? Don’t take it personally, you just weren’t what they were after, today! Next week the same producer, working on a different project, could listen to your voice over reel, more than 10 seconds this time, and think it really is brilliant, you are the voice they want and boom, you’re hired. Happy voice over.

How do I make a great voice over showreel then?

This is the million dollar question. For me, there is no strict answer here, one shoe doesn’t fit all. There are some generic guidelines for making good showreels, I’ll run through those shortly. My answer would be to have showreels for different types of work, showcasing how brilliant you are in each of them. From a commercial showreel for radio, tv and cinema commercial voice overs, to a corporate voice over showreel showing of different styles for corporate video work onto a documentary showreel, narration, on-hold/IVR reel etc etc.

Thats a lot of showreels!

You’re right, it is, but you’re a pro, you can do these and super serve the client, giving them exactly what they want. If you pop into a shop and ask for eggs and the guy gives you ham, you’re not going to be to pleased and will be unlikely to shop there again. Same for voice overs, if a client/producer is casting for an commercial and you send them a generic showreel with lots of different work on it, they’re unlikely to listen to it all, and if you’re lucky just the first 10-15 seconds (thats the reality, these people are busy and have lots to do). If you haven’t caught them in that short time space, you’ve lost the job. By sending a specific commercial showreel, and letting the producer know thats what it is, they’ll take a little more note and interest in what you’ve done, unlike every other voice over who’s just send a generic voice reel with a standard introduction.

But how do you know what the client wants?

There are a number of ways to get voice over work, one of them is for websites that let you ‘pay to play’, subscription based voice over sites where you pay a monthly or yearly fee for the pleasure of being listed on there. Clients then post jobs on the site, there is then a made scramble by the voice overs to get a demo in before the job closes. Voices.com and Voice123.com are two of the better ones, there are many, many out there. Lots of them will just take your money and you’ll get nothing, I always advise doing a little research before parting with your hard earned cash. One voice over site approached me, asking if Id like to join. The site had brilliant reviews, claiming that within hours ‘big agencies had been in touch offering work’. After doing a little digging I found that the people who gave those reviews were no longer members of the site, in fact all four people who’d left reviews were no longer members. Why? I tracked one of them down and asked. He told me that ‘yes, the big agency did get in touch’….he got one job, after that, nothing.

When using these sites, you really have to be on the ball and either, have a home studio set-up and ready to record samples or have different demo’s ready, depending on the clients request – be it a commercial, corporate, on hold, e-learning, narration etc etc job. And there we come full circle to having lots of different showreels ready. From my radio presenting days, a saying always sticks in my mind ‘always have a bed to lie on’, which basically meant always have a demo ready, you never know when you’re going to need it.

Putting together a Voice Over Showreel – the basics

Here we go with three basic tips for making a showreel, these are almost golden rules…

In my experience, if you follow the three simples rules, you won’t go far wrong with your voice over showreel.

If you’ve got any questions, just leave a comment below.

Want to join the discussion?
Feel free to contribute!

Need a voice over? Theres an Easy Way and Hard Way!
Scroll to top
This website uses cookies to improve your experience. We'll assume you're ok with this, but you can opt-out if you wish. Accept Read More
Privacy & Cookies Policy
Necessary Always Enabled